I was born and raised in a country which has the most castles per capita in the world. They are not only a reminded of my childhood but a part of my cultural heritage, too. I was so used to the sight of the castles or their ruins on the top of the hills in Slovakia that it never really occurred to me that there are countries where are very few or no castles at all. One day my Aussie friend visited me and when I asked what her plan was, she replied that she wanted to see as many castles as possible. Only that day I fully realized that I took our national heritage for granted and I started to look at the castles through different eyes. So if you visit Slovakia, seeing at least one castle is a must!

Also known as a fairytale castle, it is one of the oldest monument in Slovakia dating back to 12th century. Surrounded by a park with several types of rare trees, it belongs to the most beautiful castles in Europe.

As one of the largest castle compounds in Central Europe,Spis castle was added to the UNESCO World Heritage List in 1993.  It is an unique example of typical medieval castle as it was abandoned after fire in 1780 and further re-development did not take place. Interesting is that under the castle is a vast cave system which contributes to the uniqueness of this location.

Not far from the town Rožňava located in southeast of Slovakia you can find the Betliar chateaux which the royal family of Andrassy used as a hunting lodge. The passion of Andrassy family for hunting and traveling led to the amazing collection of animal trophies and artifacts from Ancient Egypt which you can now admire inside the castle.  The chateaux is surrounded by a beautiful English garden with a lake, fountains and a cave.

The Trencin castle is located in western part of Slovakia and is protected as a National Cultural Monument. It hosts exhibitions documenting the history of the region and the castle; and you can find many historical artifacts here, such as furniture, weapons or pictures. 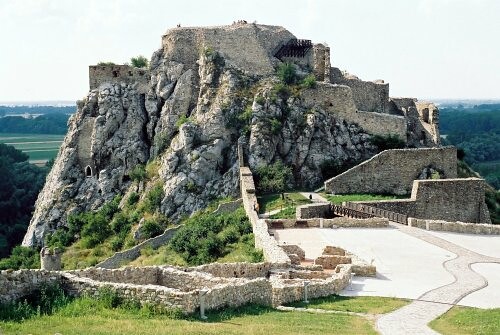 If you are visiting the capital Bratislava, do not miss the opportunity for a day trip to the Devin castle, easily accessible by public transportation. This well-preserved ruin offers amazing views upon the confluence of Danube and Morava rivers as well as hiking trails in the area.

If you still do not have enough, check out the list of the most popular castles in Slovakia here and let me know which one you like the best!

5 responses to “5 Great Castles To Visit in Slovakia”

A Penny For Your Thoughts.. Cancel reply

What are you looking for?